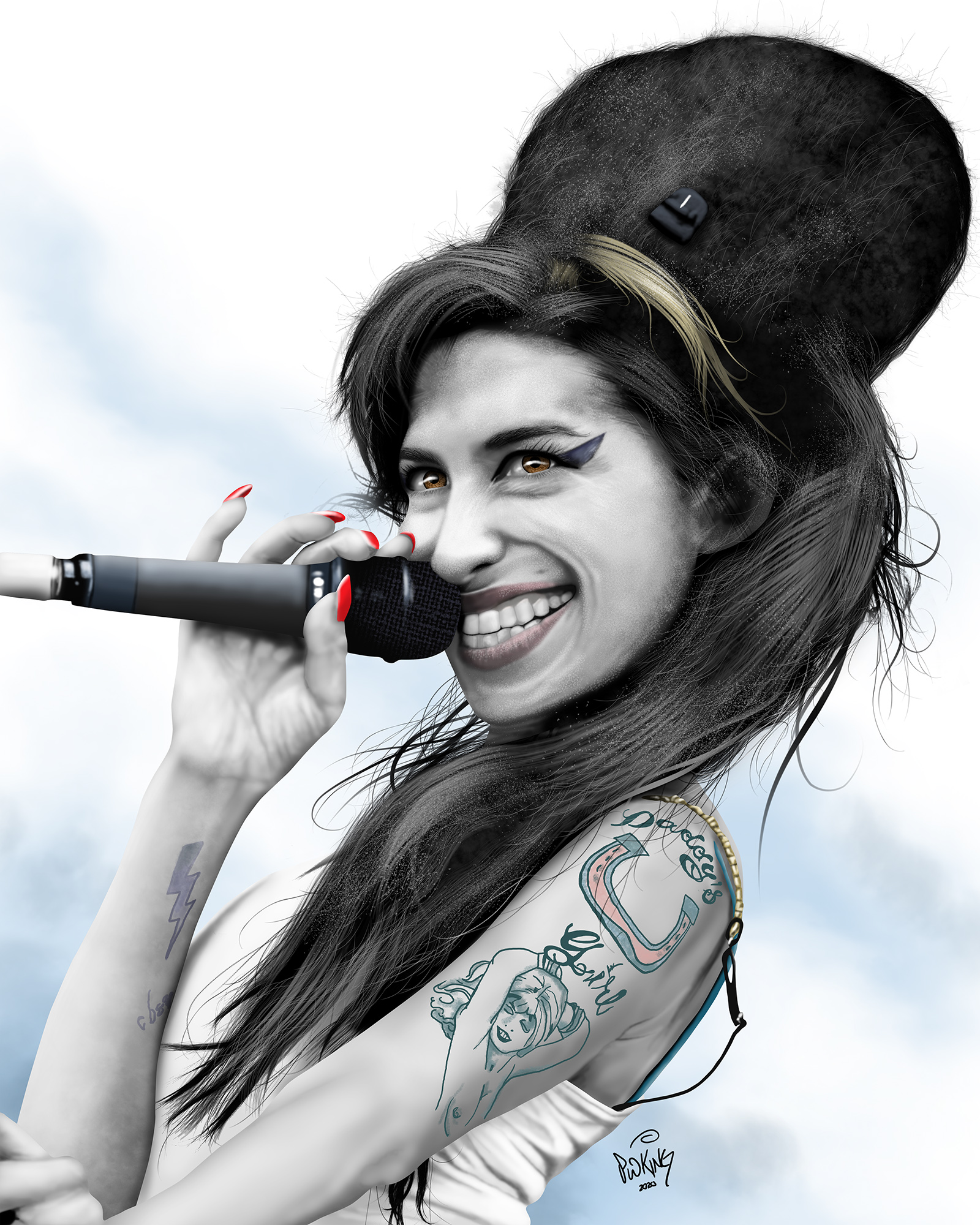 Winehouse was an English singer and songwriter. She was known for her deep, expressive contralto vocals and her eclectic mix of musical genres, including soul, rhythm and blues and jazz.

A member of the National Youth Jazz Orchestra during her youth, Winehouse signed to Simon Fuller’s 19 Management in 2002 and soon recorded a number of songs before signing a publishing deal with EMI.

Winehouse’s debut album, Frank, was released in 2003. The song “Stronger Than Me” won her the Ivor Novello Award for Best Contemporary Song.

Winehouse released her follow-up album, Back to Black, in 2006, which went on to become an international success and one of the best-selling albums in UK history. At the 2007 Brit Awards it was nominated for British Album of the Year, and she received the award for British Female Solo Artist. The song “Rehab” won her a second Ivor Novello Award.
At the 50th Grammy Awards in 2008, she won five awards, tying the then record for the most wins by a female artist in a single night and becoming the first British woman to win five Grammys, including three of the General Field “Big Four” Grammy Awards: Best New Artist, Record of the Year and Song of the Year (for “Rehab”), as well as Best Pop Vocal Album.

On July 23, 2011 after 3pm, at her Camden, London residence, her bodyguard observed her lying on her bed and tried unsuccessfully to rouse her. She had no pulse.
Winehouse was pronounced dead at the scene at the age of 27 from alcohol poisoning. Her blood alcohol level was five times the legal drink-drive limit. Her weight loss from bulimia also contributed.