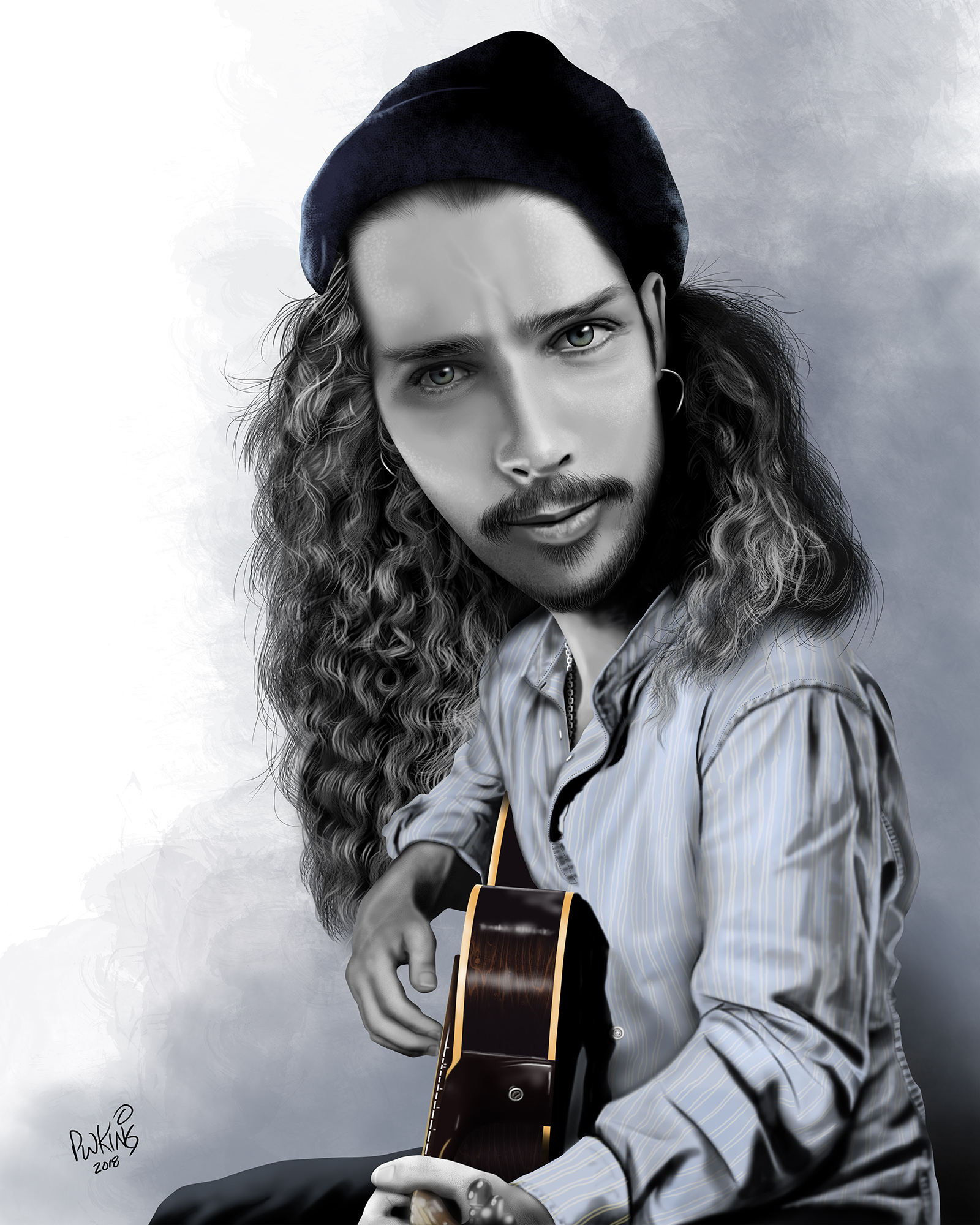 Cornell was an American musician, singer, and songwriter. He was best known as the lead vocalist for the rock bands Soundgarden and Audioslave. Cornell is considered one of the chief architects of the 1990s grunge movement, and is well known for his extensive catalog as a songwriter, his nearly four-octave vocal range, and his powerful vocal belting technique.

Soundgarden was formed in 1984 by Cornell, Thayil and Yamamoto with Cornell originally on drums and vocals. In 1985, the band enlisted Scott Sundquist as the drummer to allow Cornell to concentrate on vocals.
Though the band was being courted by major labels, they signed to independent label SST Records in 1988 to release their debut album, “Ultramega OK”, for which they earned a Grammy Award nomination for Best Metal Performance in 1990. The band subsequently signed with A&M Records, becoming the first grunge band to sign to a major label.

Along with Nirvana, Alice in Chains, and Pearl Jam, Soundgarden quickly became one of the most successful bands from Seattle's emerging grunge scene in the early 1990s. With Ben Shepherd on bass, the new line-up recorded “Badmotorfinger” in 1991. The album exposed Soundgarden to its first mainstream success: it was nominated for a Grammy Award for Best Metal Performance in 1992, and was later ranked number 45 in the October 2006 issue of Guitar World on the magazine's list of the 100 greatest guitar albums of all time.
The band's fourth studio album, 1994's “Superunknown”, proved to be the band's breakthrough album. Upon its release in March 1994, the album debuted at number one on the Billboard 200. It also launched several successful singles, including “Spoonman” and “Black Hole Sun”, and brought Soundgarden international recognition.

In 1997, Soundgarden received another Grammy nomination, for the lead single “Pretty Noose”. As tensions grew within the band, reportedly due to internal strife over its creative direction, Soundgarden announced it was disbanding on April 9, 1997.

He was voted “Rock's Greatest Singer” by readers of Guitar World, ranked 4th in the list of “Heavy Metal's All-Time Top 100 Vocalists” by Hit Parader, 9th in the list of “Best Lead Singers of All Time” by Rolling Stone, and 12th in MTV's “22 Greatest Voices in Music”.
He was nominated for 15 Grammy Awards and won twice.

Cornell struggled with substance abuse and depression for much of his life. He was found dead in his Detroit hotel room early on the morning of May 18, 2017, after performing at a Soundgarden concert an hour earlier. His death was ruled a suicide.
He was 52 years old.