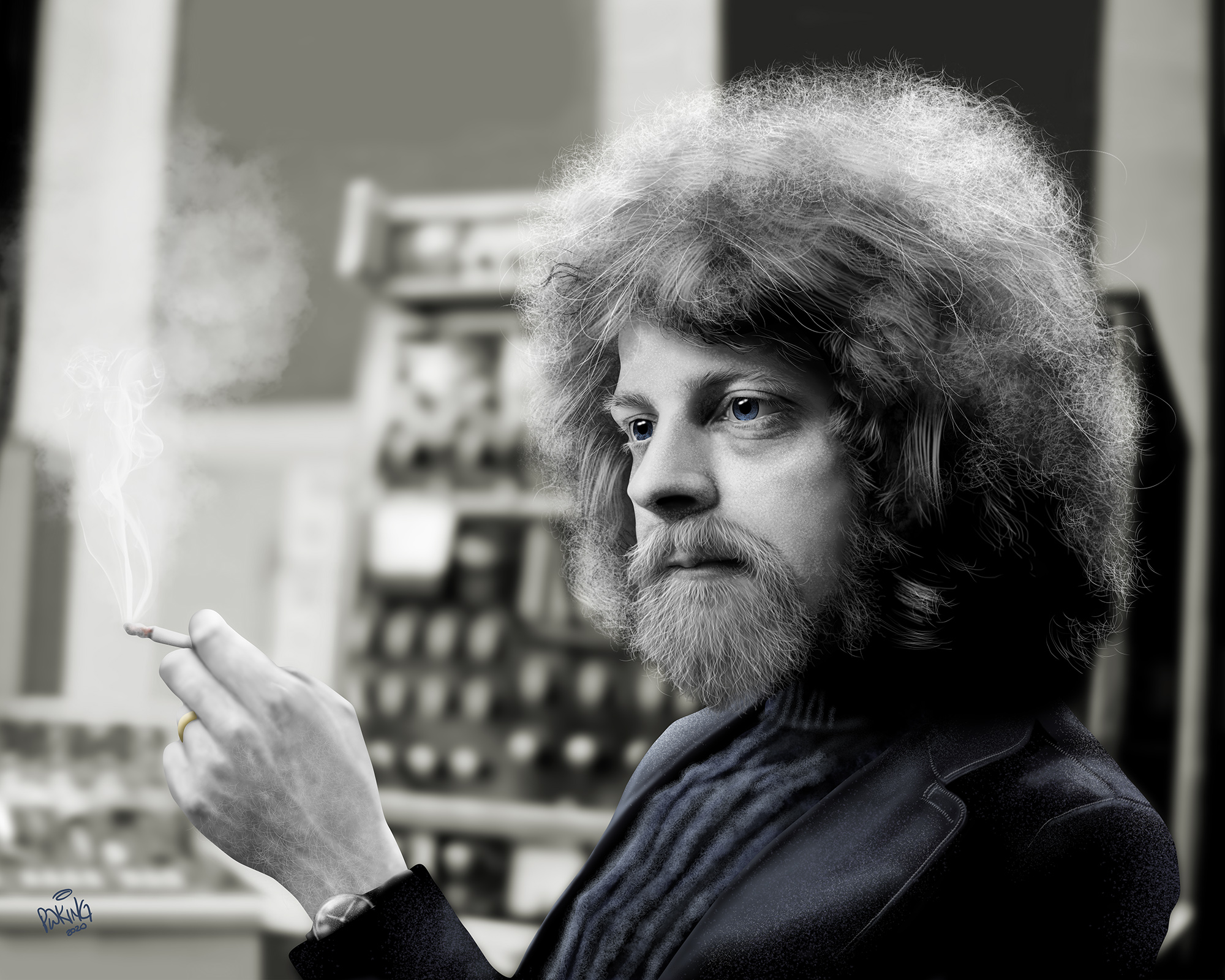 Lynne is an English singer, songwriter, record producer, and multi-instrumentalist who co-founded the rock band Electric Light Orchestra (ELO). The group formed in 1970 as an offshoot of the Move, of which Lynne was also a member.
Following the departure of Roy Wood in 1972, Lynne assumed sole leadership of the band and wrote, arranged and produced virtually all of its subsequent records.

On July 12, 1970, when Ron Wood added multiple cellos to a Lynne-penned song intended to be a Move B-side, the new concept became a reality and “10538 Overture” became the first Electric Light Orchestra song.
When ELO first toured, there was a problem where the cellos and violins could not be heard over the electric instruments.
They performed at the 1972 Reading Festival on August 12, 1972. Barcus Berry instrument pick-ups, now sported by the band’s string trio, allowed them to have proper amplification on stage for their instruments, which had previously been all but drowned out.

In 1974 the band’s fourth album, Eldorado, produced the hit “Can’t Get It Out of My Head” and became their first US top 10 hit, and Eldorado, A Symphony became ELO’s first gold album.

Face the Music was released in 1975, producing the hit singles “Evil Woman”, their third UK top 10, and “Strange Magic”. The opening instrumental “Fire on High”, with its mix of strings and acoustic guitars, saw heavy exposure as the theme music for the American television program CBS Sports Spectacular in the mid-1970s

Their sixth album, the platinum selling A New World Record, became their first UK top ten album when it was released in 1976. It contained the hit singles “Livin’ Thing”, “Telephone Line”, “Rockaria!” and “Do Ya”.

The 1977 album Out of the Blue featured the singles “Turn to Stone”, “Sweet Talkin’ Woman”, “Mr. Blue Sky”, and “Wild West Hero”, each becoming a hit in the United Kingdom.

In 1979, the multi-platinum album Discovery was released, reaching number one on the UK Albums Chart. Although the biggest hit on the album (and ELO’s biggest hit overall) was the rock song “Don’t Bring Me Down”, the album was noted for its heavy disco influence. Discovery also produced the hits “Shine a Little Love”, their first and only no. 1 hit as well as “Last Train to London”, “Confusion” and “The Diary of Horace Wimp”.

ELO effectively disbanded in Stuttgart in 1986, but there was no announcement made of it for the next two years.

In 1988, under the pseudonyms Otis Wilbury and Clayton Wilbury, he co-founded the super-group Traveling Wilburys with George Harrison, Bob Dylan, Roy Orbison, and Tom Petty.

In 2017, Lynne was inducted into the Rock and Roll Hall of Fame as a member of ELO.