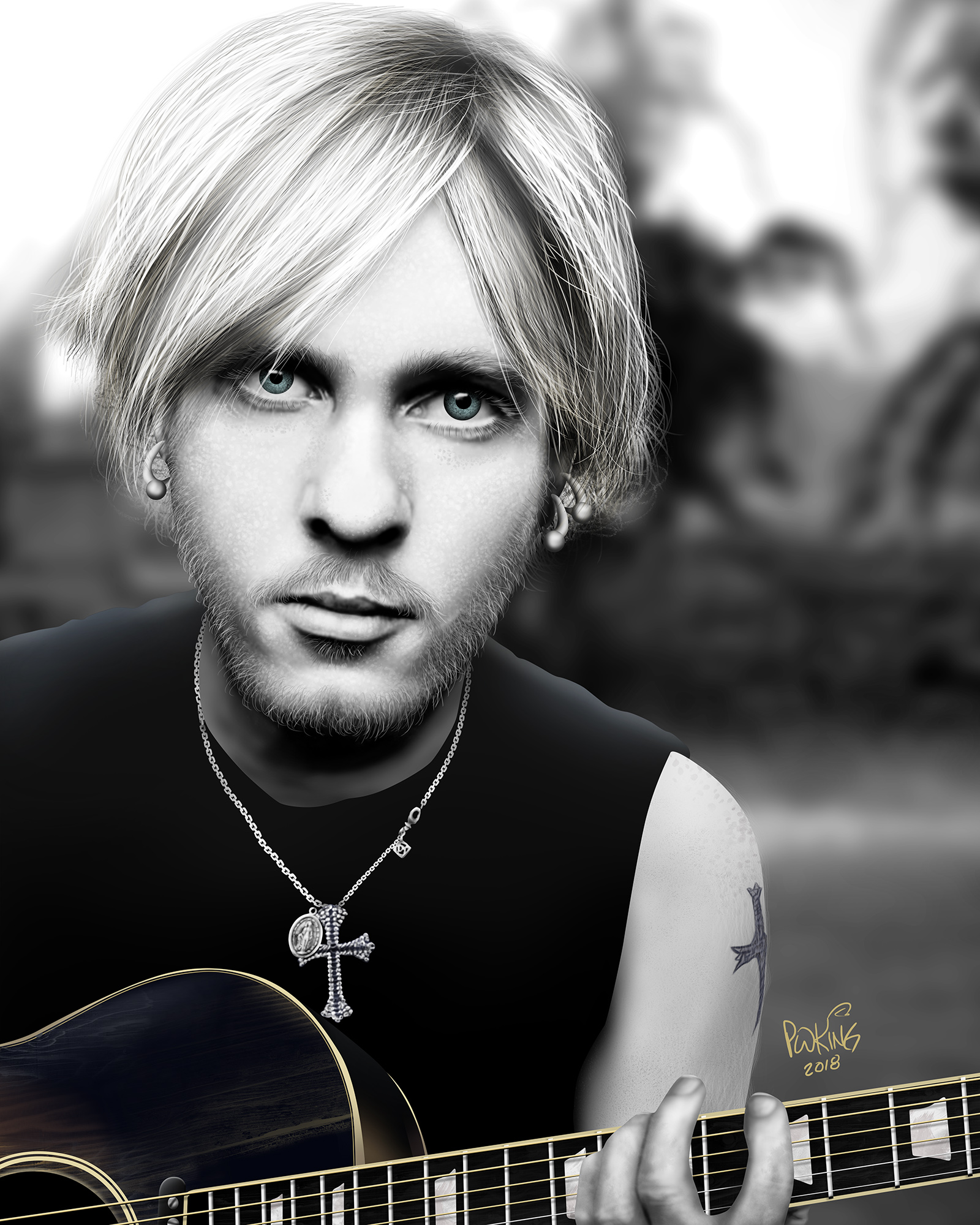 The guitarist is “completely self-taught”, and does not read music. Growing up, Shepherd’s father (Ken Shepherd) was a local radio personality and some-time concert promoter, and had a vast collection of music.

Shepherd began playing guitar in earnest at age seven, about six months after meeting and being “pretty mesmerized” by Stevie Ray Vaughan, Labor Day weekend in 1984, at one of his father’s promoted concerts.

At the age of 13, Shepherd was invited to play guitar onstage by blues musician Bryan Lee. Eventually signed by Irving Azoff, from 1995 on, Shepherd took seven singles into the Top 10, and holds the record for the longest-running album on the Billboard Blues Charts with “Trouble Is”…. In 1996, Shepherd began a longtime collaboration with vocalist Noah Hunt, who provided the vocals for Shepherd’s signature song, “Blue on Black”. Shepherd has been nominated for five Grammy Awards, and has received two Billboard Music Awards, two Blues Music Awards, and two Orville H. Gibson Awards.

In 2007, he released a critically acclaimed and two time Grammy nominated DVD–CD project, “10 Days Out: Blues from the Backroads”. This documents Shepherd as he travels the country to jam with and interview the last of the authentic blues musicians.

In 2013, Shepherd, along with Stephen Stills (Crosby, Stills & Nash) and Barry Goldberg (Electric Flag), formed The Rides. The three wrote, recorded, and released a CD entitled “Can’t Get Enough” on August 27, 2013. Stills refers to the band as “the blues band of my dreams”. The band toured the US in 2013 supporting their debut record, culminating with an appearance on The Tonight Show with Jay Leno.

Shepherd continues to play concert tours with hits such as “Deja Voodoo”, “Born With A Broken Heart”, “Aberdeen”, “Slow Ride”, “Somehow, Somewhere, Someway”, “Blue On Black”, “Everything Is Broken”, “In 2 Deep” and “Was” to mention a few.