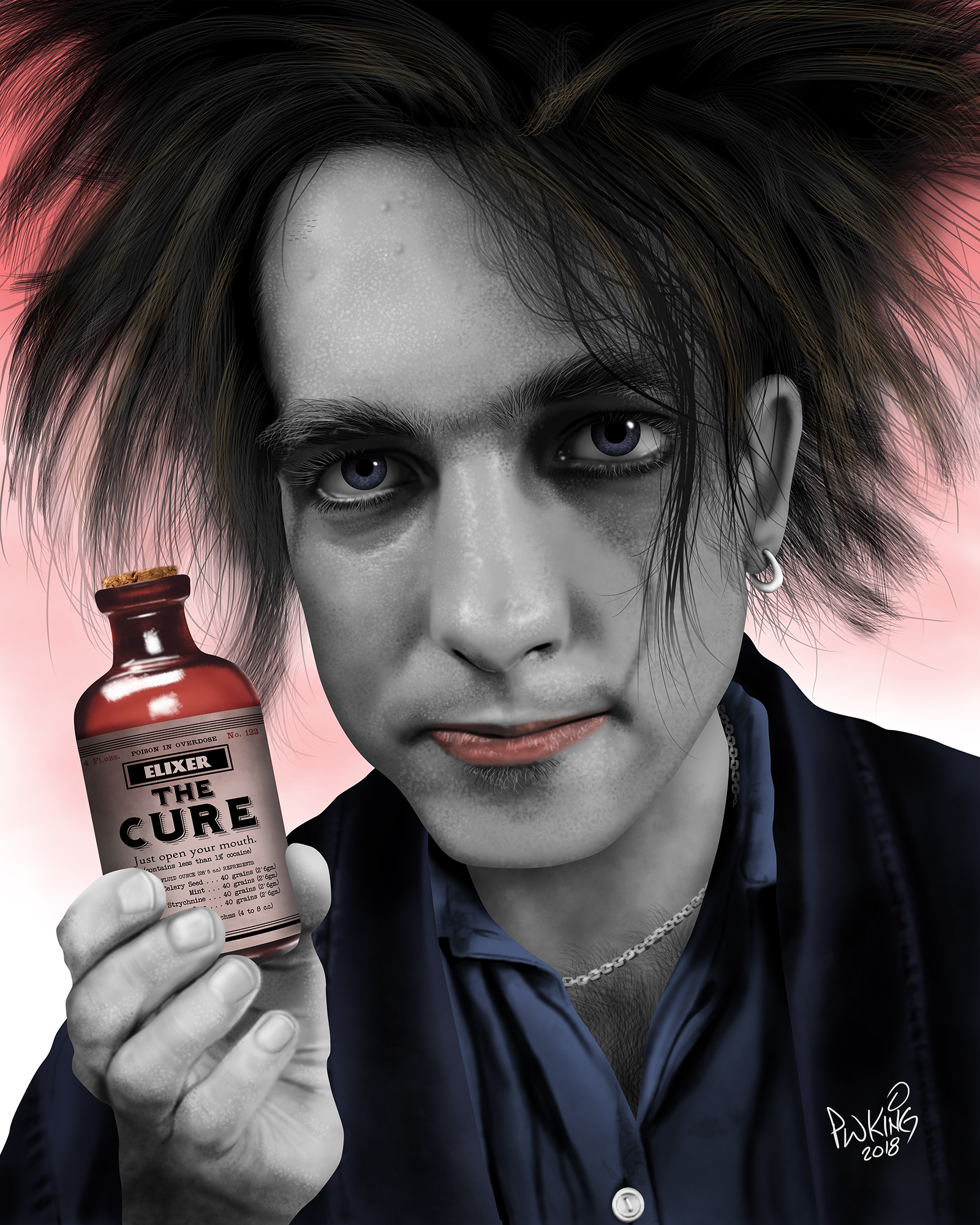 Robert Smith 1986 Caricature, shown here in during a recording session in southern France, at age 27, while in the process of writing the hit song “Just Like Heaven”.

Robert James Smith is an English singer, songwriter and musician. He is the lead singer, guitarist, multi-instrumentalist, lyricist, principal songwriter and only consistent member of the rock band the Cure, which he co-founded in 1976. He was also the lead guitarist for the band Siouxsie and the Banshees from 1982 to 1984 and was part of the short-lived group the Glove in 1983. Smith is known for his distinctive voice and guitar style and his unique stage look.

The Cure are an English rock band formed in Crawley, West Sussex, in 1976. During the early 1980s, the band’s increasingly dark and tormented music (as well as Smith’s stage look) was a staple of the emerging style of music known as gothic rock.

Rolling Stone’s Top Ten Cure tunes: “Pictures Of You”, “A Forest”, “Just Like Heaven”, “Disintegration”, “In Between Days”, “Faith”, “The Same Deep Water As You”, “From The Edge Of The Deep Green Sea”, “Fascination Street” and “Boys Don’t Cry”.

The Cure were one of the first alternative bands to have chart and commercial success in an era before alternative rock had broken into the mainstream.

The band are estimated to have sold 27 million records as of 2004.